The Gloucester Cheese Roll is an annual May Bank Holiday event held on Cooper’s Hill, near the city of Gloucester. It may have started in the Middle Ages, or perhaps in the Celtic Period or even as late as 1867. But we do know that until the 2020 plague year, on the Sunday of May Bank Holiday crows of people gather on a very steep hill to watch several hundred people chase a 4kg roll of hardly-remarkable-cheese down a hill at the risk of life and limb. The winner gets the cheese and the losers get the admiration and sympathy of the spectators. The Plague of 2020 put pay to this years spectacle, but in 2015 my partner and I traveled north to Gloucestershire to see this thing for ourselves.

Arriving early at the site, we left our car and hiked about a mile and a half to Cooper’s hill, walking past police blockades meant to discourage participation in the event, local authorities having declared it a risk to health and safety. Imagine, it took them until 2012 to decide this was the case. The hill itself is exceedingly steep and we found ourselves not so much climbing it, but crawling up to a spot where we could carve a little seat out of the mud and settle ourselves in to wait. Then the race began.

The first to race are the men. The children follow and the women run last.  But it is a grand day out and I wouldn’t have missed it. 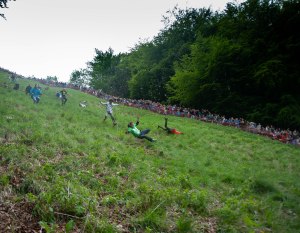 The winner made it look easy 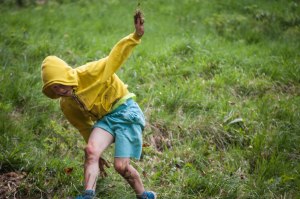 But they have to get back down.

Some need a little help

Others make it on their own.

The womens’ race is last. 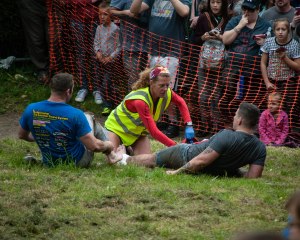 There are injuries – an ambulance was standing by.

Cornwall is lovely all year long, but spring comes early and is a glorious season filled with colour and anticipation. Our first flowers are the winter snowdrops, followed by daffodils in January in February. In March the primroses begin and, on their heels, the deep yellow lesser selendine. By April and May we have bluebells, rhodendron, camilla and, of course azalia. This year the bluebells are more profuse than I have seen in my previous 13 years here. They woods are teeming with them.  We have had alternating warm and cold weather which seems to have made everything burst out at once. It is exceptional and lovely. 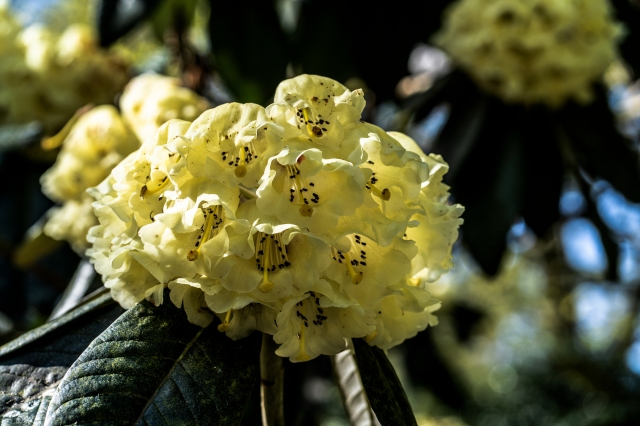 Avondale market is one of the largest outdoor markets I have ever seen. It opens at 10:00 on a Sunday morning and shortly thereater it is teeming with people Pakhia (Europeans) come with their children in tow. People from all over the South Pacific – Tahiti, Samoa, Niue, Christsmas Island,  Vanautu and, o fcourse, local Maori come for vegetables and fruits that speak to them of home. But its not all about fresh veg. Men selling tools, pots and pans, car parts and trainers share space with fortune tellers, musicians and stands selling hot food from all over the Asian Pacific. The best part is they are mostly too busy to p[ay any attention to an elderly Pakahia poking around with her camera.

Lady in a Hat 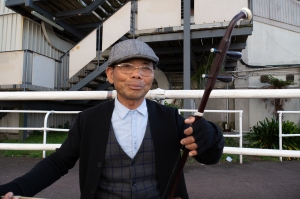 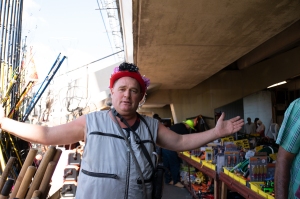 Auckland’s Avondale Market is an exciting, multicultural experience available every Sunday morning at the Avondale Racetrack. Stalls of vegetables, fish, and meats dvie for shoppers attention with t-shits, shoes, household goods new and used and food stands serving food from all over the South Pacific. It is a photographer’s paradise. Shoppers from all over the Asian Pacific are loading up so candid shooting is simple.

In June I was in Greece on a small archaeological tour of ancient sites and medieval monasteries. We climbed a lot, walked through a gorge where Zeus was supposed to have been hidden by his mother so his father wouldn’t eat him and visited monasteries where signs warned women they were not allowed wearing trousers, shorts or tank tops. I wore trousers and got no grief from anyone.  We met fascinating people, had wonderful food and walked where Greeks from Plato and Socrates to the Homeric heroes had been. I spent two weeks in Iceland in April. Although I was expecting a bleak and deserted countryside, it has become a major tourist destination and the area around Rekjavik, the capital, was heaving with people. Still, we went further north and found mountains, waterfalls and snowy villages. 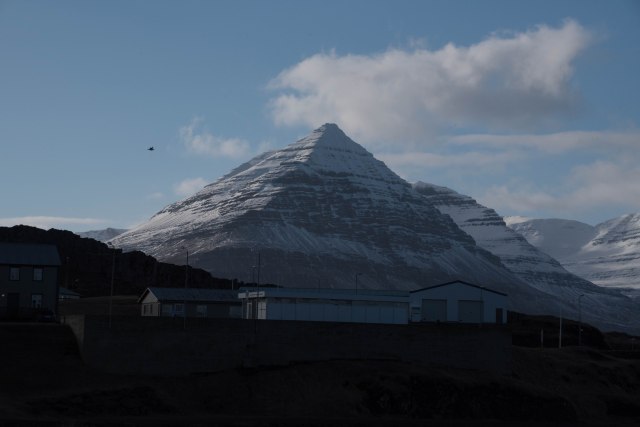 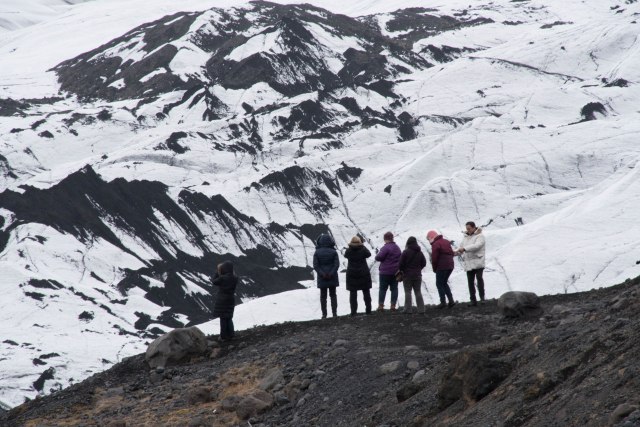 We were up on the Isle of Mull in the Hebrides right off the West coast of Scotland. You take a ferry over from Oban and drive to the main town, Tobermory which is the trading center for the island. But if you want to see puffins, and we did, you have to take another boat to the Isle of Lunga where they gather in the hundreds to claim their burrows and hatch their chicks. On the way to the boat to Lunga you can see Ben Nevis, one of the highest points in Scotland.

And for a little shopping, great coffee or oatcakes you can go to Tobermory.

The place is better known as Easter Island, but the native people call it by the Polynesian name, Rapa Nui. It is one of the most isolated, occupied places on the planet. No Starbucks or Marriot hotels, but loads of wonderful people and a fascinating society combining Spanish and Polynesian into a vibrant mix. The moai are the big attraction. It is often said that no one knows how or why they were toppled, but the people there seem quite certain that it as the result of social unrest. An elite class erected the moai to honour themselves and their spirits. The people who excavated and created the statues were a despised lower class who finally revolted and toppled the statues, removing their coral eyes thus killing the spirits within.  The people of Rapa Nui repeat these stories with pride, as they should. They are reforesting their island making it both green and productive. We can only wish them well and hope that nature and history are kind to them. 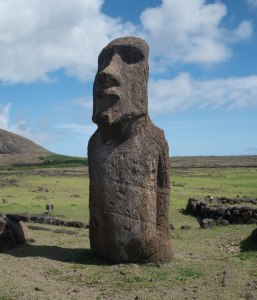 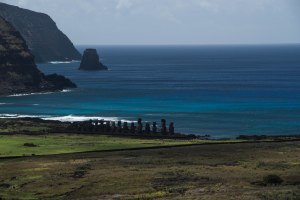 Th3 Antarctic is one of those places we see on nature shows where we exclaim that we’re glad not to be there or sigh wishing we were. I was always in the latter so last month I tok the trip. We flew to Santiago, then on to Punto Arenas in Patgonia to meet our ship, the Midnasol from the Hutigruten line. For two days we poked around the Chilean fjords and Caope Horn, then crossed the Drake Straits and there we were. It is as forbidding as you might imagine of a place not really made for human habitation. It was our privilege to spend time with the creatures who have evolved to live there – penguins and a host of seabirds, seals and whales. They treated us with tolerance and rarely betrayed a desire to see us move on. The seas were rough, the views icy and beautiful. I wouldn’t have missed it for the world. 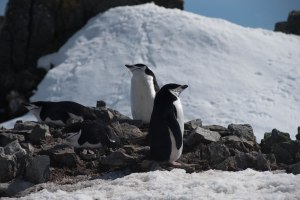 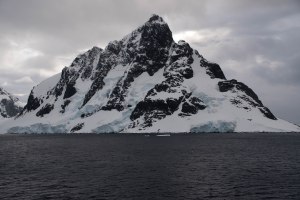 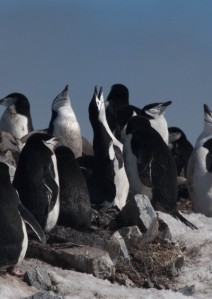 The moor is a magnificent expanse in a very crowded countryside. These photos cover two aspects – the moorland around Drake’s Aquaduct and Lydford Gorge, on the edge of Dartmoor. 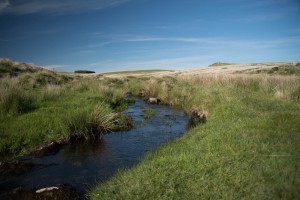 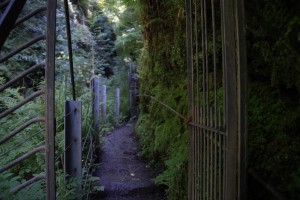